It was sometime in the Fall of 2013 when I decided to make a declaration on Facebook: if I have a cat, I will name her Luna.

I had just finished re-watching an episode of Sailor Moon and remembered how much I loved Luna and decided to share my love with my friends. Shortly after I made the post, a classmate of mine commented and let me know that if I was serious about wanting a cat, he knew someone who was looking for homes for some kittens. I messaged him instantly and a few days later, I had a small grey kitten to take care of. He didn’t have a name when I adopted him but after a few days of hanging out, the name came to me: Kovu. 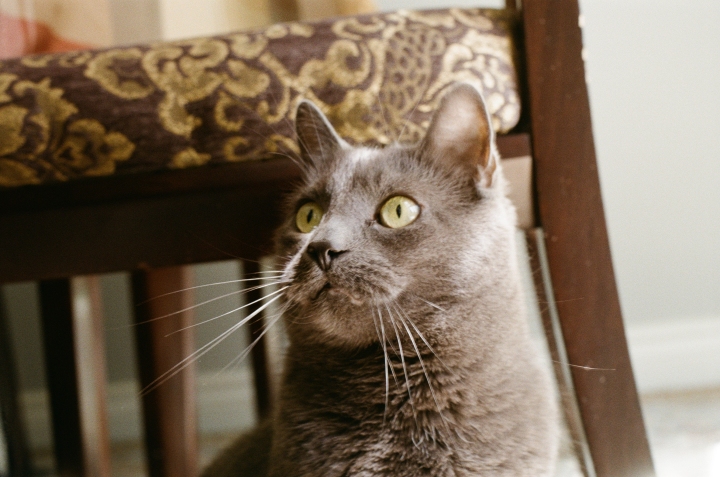 Kovu is the name of a character in the movie, Lion King 2. He has a difficult personality and comes off aggressive and rude. But as the movie progresses, we learn that he actually has a heart of gold and uses his cold exterior as a way to defend himself against the harsh realities of the world. Now my Kovu doesn’t talk so I wouldn’t know about his past and whether or not he had a difficult upbringing but something in his eyes reminded me of the Kovu from Lion King 2 and so the name stuck. Like his namesake, Kovu has grown into a cat with a big heart. He still has his moments but at the end of a long day, he doesn’t shy away from showing us some love. Here’s to 5 years with Kovu and hopefully the start of 5 more!

P.S. Kovu is on Instagram! If you want to see more of him, you can follow him @kovuthekitten. He loves making new friends 🙂